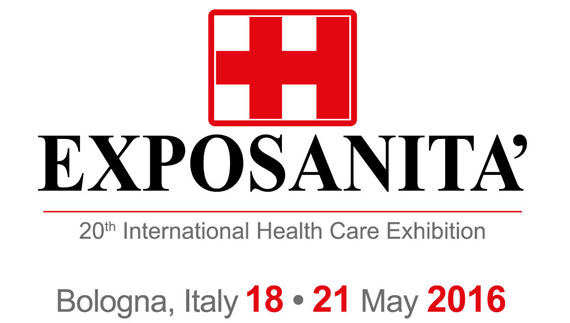 Medicare by El.Med.Garda s.r.l. from Costermano, Italy shows our products on EXPOSANITA 2016 exhibition in Bologna, Italy from May 18th to 20th 2016. They will show wall hoist CURATOR, pulla the transporting sheet, genius universal hoist, transit transfer lift and HEBIX the lifting aid for emergency.

We support the colleagues from Medicare by El.Med.Garda s.r.l. f on their booth in Bologna, see it for yourself and visit us in hall 26 booth C35.